A message from our chairman

The year 2020 was heavily influenced by the Covid-19 pandemic. Following the success of the previous year, we had ambitious objectives at the start of 2020. However, in the first quarter, the main business areas were already showing signs of lagging behind these ambitious plans. When lockdown began in Germany and large parts of Europe, it became clear that it would not be possible to catch up later in the year. The business year could not be concluded satisfactorily, which meant that milk producers for the Uelzena Group received a low milk payout that fell short of expectations.

Milk producers continued to contend with difficult farming conditions in general and particularly for dairy farms. However, local farmers also experienced increased demand for their products in the crisis year as consumers resorted to panic buying. The entire milk industry back in the spotlight again. To embrace this trend and maximise this opportunity, Uelzena helped to launch the milk project “Initiative Milch”. This initiative is an association of milk processors, state organisations and unions set up with the goal of providing additional added value to milk as a foodstuff.

Due to the pandemic, this challenging business year was defined by rapid adjustments and solutions, without us losing sight of the strategic and long-term goals. One of these goals was the start of construction of the planned new spray drying plant. This and other future-focused investments and maintenance projects contributed significantly to more efficient and environmentally friendly processing and production. The company also continues to work on future-proof solutions when sourcing raw ingredients from risk countries of origin, packaging materials and in its range of products.

To further advance the sustainability process, also on the part of the producers, the second round of the survey for the QM sustainability module milk began in 2020. As the survey period extended into April 2021, no results were available at the end of the reporting year. The high rate of survey participation by the milk producers highlights that the topic of sustainability is a firm component of everyday life at dairy farms. To reduce greenhouse gas emissions along the entire value-added chain, Uelzena launched a pilot project that tackles the climate footprint of milk production. It also revealed strategies that can be used to further shrink the already good carbon footprint of Uelzena's milk.

The year 2020 was a difficult year – and it has left its mark. Nevertheless, the year also yielded positive developments. For instance, the quick and competent implementation of measures by our employees at all sites ensured operation was maintained. The team spirit and close connection of our workforce, even under different working conditions, helped the Uelzena Group successfully navigate the crisis.

The sustained commitment of Uelzena’s milk suppliers to the demanding foodstuff milk and the welfare of the dairy cows will secure the future of Uelzena eG in the long term. Combined with the successful basis of the company group, it is the joint objective to generate a competitive milk payout.

Chairman of the Board of Uelzena eG 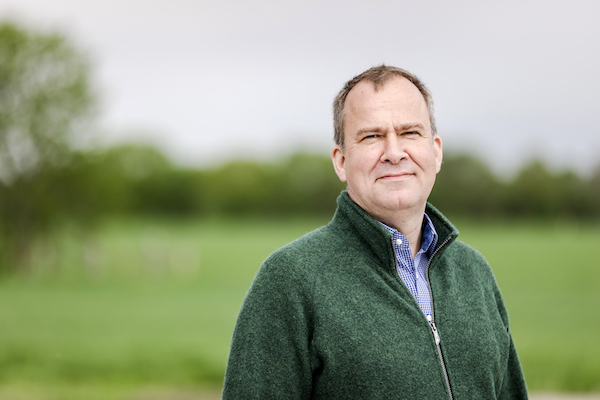 Sustainability moduleData collection at the farms

Sustainability moduleData collection at the farms

What do you think about our sustainability reporting 2020?